In November, the city of Eindhoven will install the light monument “Loom Light” (fog light) by visual artist Titia Ex. The impressive interactive light artwork marks 75 years of living in freedom and is a tribute to Jan Zwartendijk and many invisible resistance heroes from the region during the Second World War. The fact that it is one of the largest 3D printed works of art in Europe makes the work extra special. With a diameter of approximately 3.50 metres, it fans out from 4.50 metres to almost 6 metres high. The monument was made from recycled plastics by the Belgian 3D companies Colossus Printers and OMD3D, commissioned by the municipality of Eindhoven.

The light monument “Loom Light” refers to the resistance fighters of the Second World War and the dynamic aspect was especially important for the artist. Titia Ex explains: “The work changes shape and moves with you. During the day, the monument reflects the sunlight. In the evening there is a feast of lights referring to the Hanukkah, where the light is ignited by an invisible hand for eight days. It is a tribute to Jan Zwartendijk and the countless invisible people who have worked to save lives”. The light monument is located at the intersection on the former NRE energy site Eindhoven. This placement allows you to experience the light monument differently from every direction. “Loom Light” consists of a 1500 kg steel frame with more than 20,000 individually controllable LEDs. The LEDs are interactive, and the artwork responds to the visitor approaching or walking through the work. This symbolises the importance of each individual’s acting role, no matter how small, in guiding the future.

The desire for dynamism makes the work of art unique, but also complex: in addition to the extraordinary sculpture, the organic non-repetitive pattern that the artist wanted was a great challenge. The vertical pattern had to continue in the various, to be assembled, parts. The horizontal lines aimed to refract the light in different ways so that the skin forms an irregular, but diamond-like pattern in combination with the light. In addition, all parts had to remain independently removable for the maintenance of the LEDs. To overcome this complexity, Titia Ex opted for 3D printing as a production technique. Grey 3D printed columns made from recycled PP plastic have been applied over the LEDs to give the light a more diffused appearance and the statue more depth. In addition, the assembly materials and the skin of the artwork, a complex design of vertical and horizontal lines, are also 3D printed from recycled plastics (including, for example, old CDs). The various parts with dimensions of up to 2.6 metres have been assembled in such a way that they form an impressive whole, but that the LEDs can still be reached from a maintenance point of view. In other words, the monument is a fine example of the ability of 3D printing.

Titia Ex approached Colossus Printers and OMD3D to create the artwork itself. The name says it all: Colossus, from Houthalen, has developed one of the world’s largest transportable plastic 3D printers and is engaged in large-scale 3D printing with recycled plastics, research into material profiles and applications. OMD3D is an all-round 3D printing service from Aalst that focuses on ecological solutions, sustainability, and recycling. Both companies have had a strong partnership for several years, which means that large-scale projects such as “Loom Light” are no problem at all. 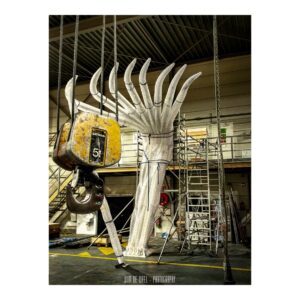 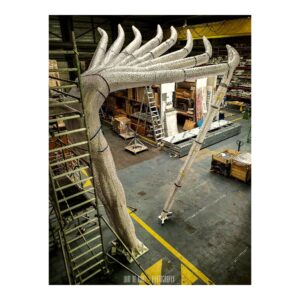 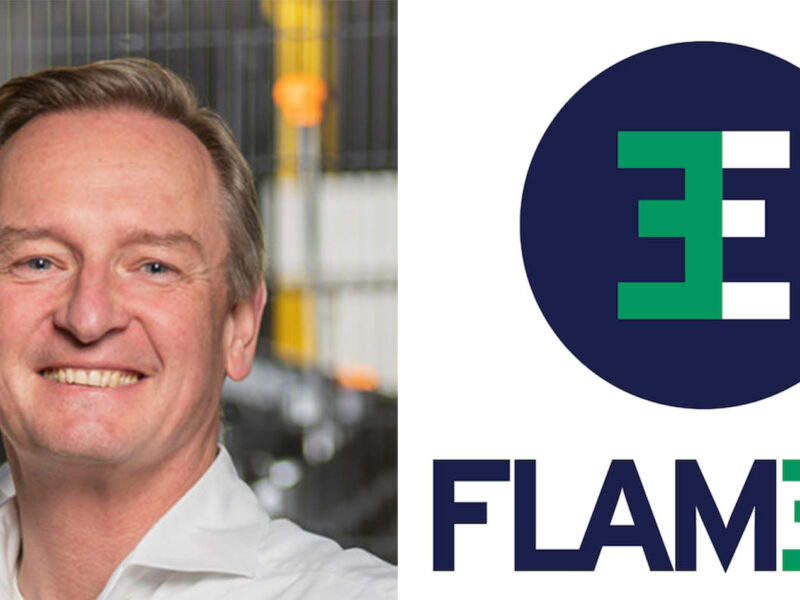 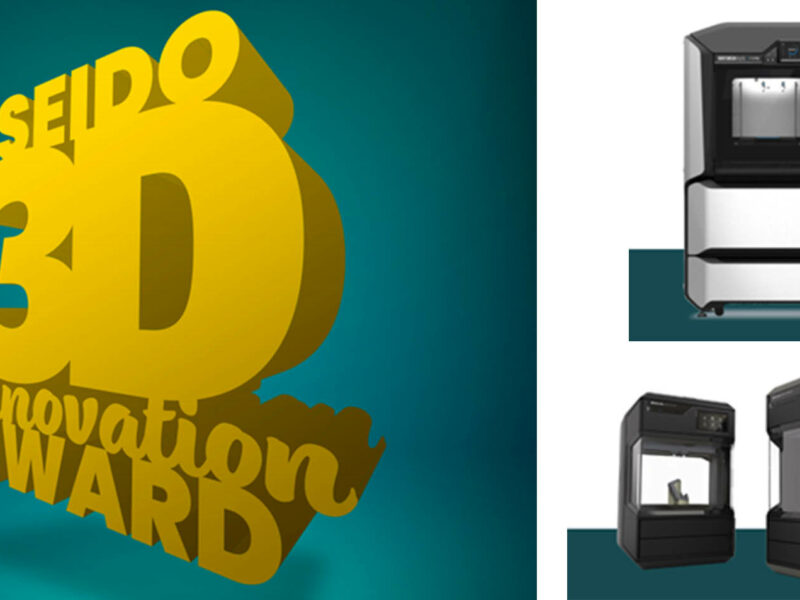 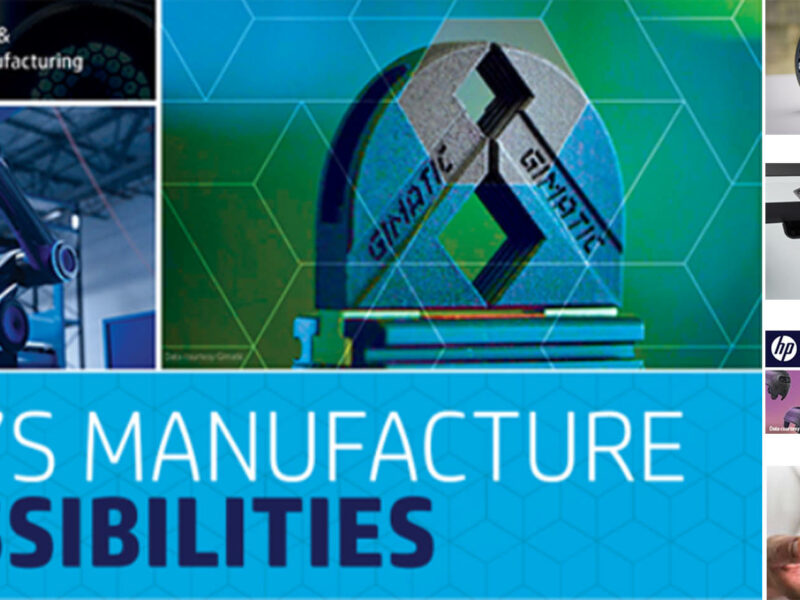 Get up to speed at 2 HP machinery/ manufacturing digital events 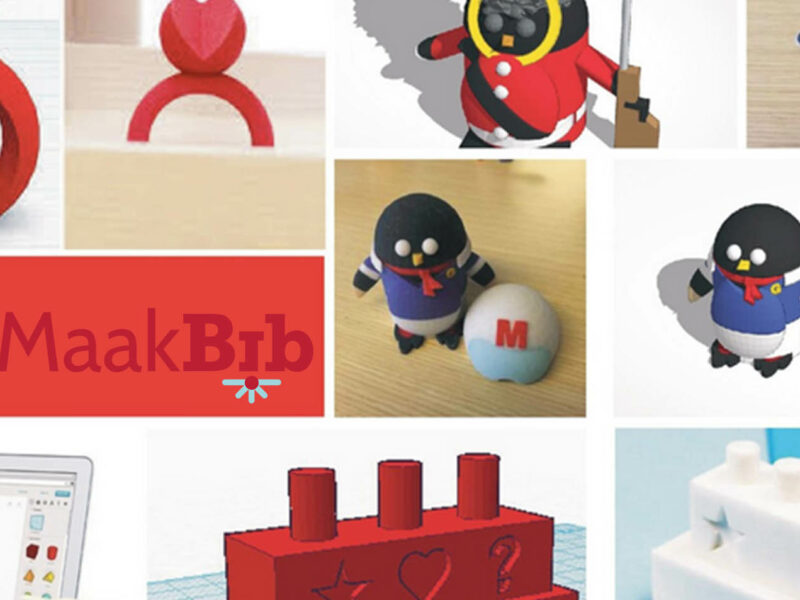 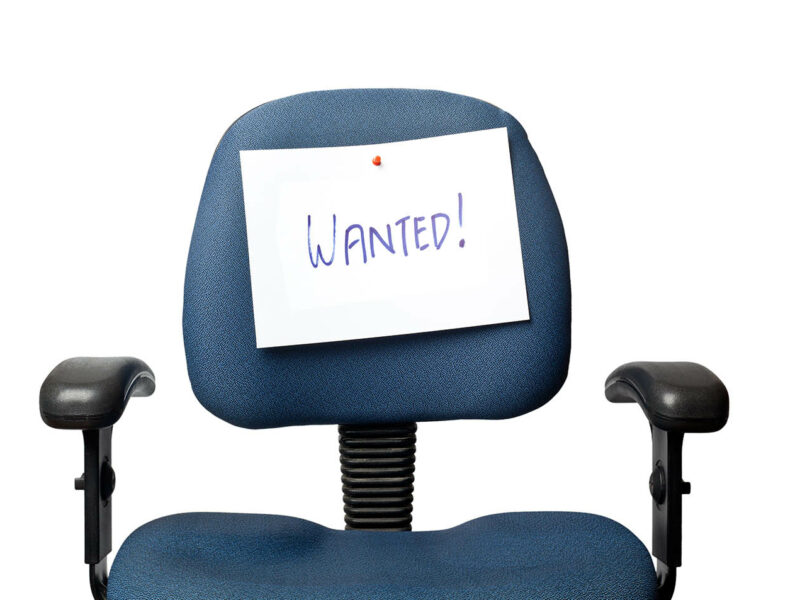 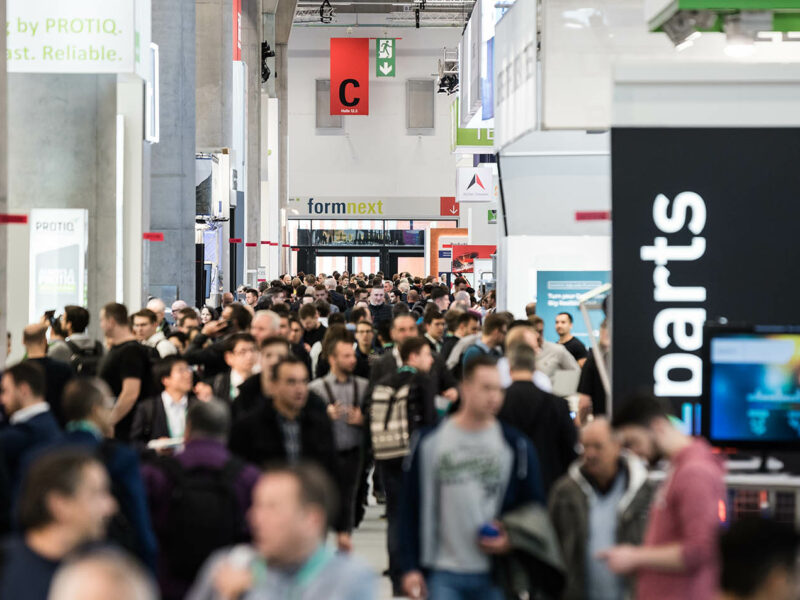 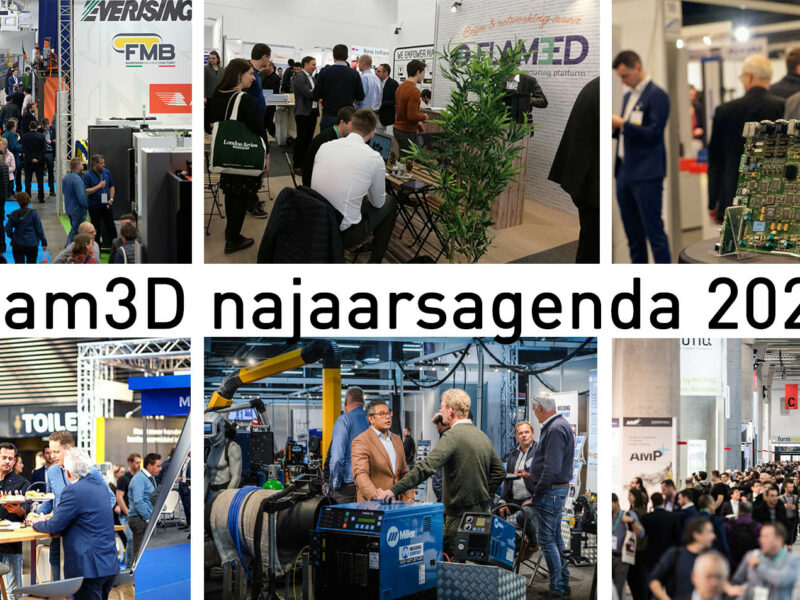 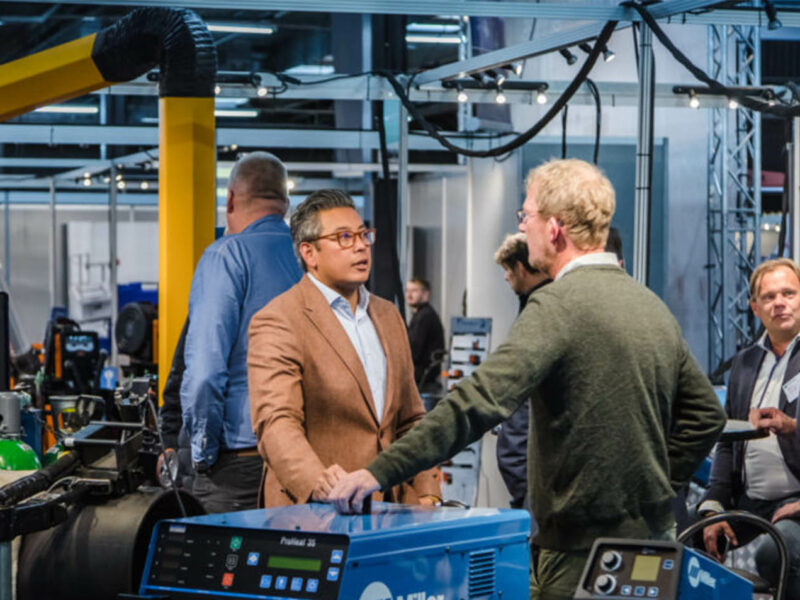